What Is a Mortgage Penalty?

The lender offered you a home loan on the expectation of earning a certain amount of interest on the loan. If you break the contract early, they’re losing out on that interest. The mortgage penalty is designed to recoup those losses for the Grande Prairie mortgage lender.

A mortgage penalty could be incurred in several situations. The most common case is when someone seeks to refinance a mortgage, breaking the current mortgage when securing a new one. Another occasion when the mortgage penalty kicks in is when you pay more down on the mortgage than what the lender allows you to prepay. Lenders often allow you to pay down a little toward the mortgage each month or put down modest sums to pay it down. However, trying to pay a large sum against the mortgage may incur a prepayment penalty. If you’re looking at refinancing the mortgage in a few years, steady prepayments now will reduce the interest you have to pay, reducing the three months interest you’d have to pay when you finally do refinance.

In some cases, the mortgage penalty kicks in when you try to sell your home. A few lenders charge you the penalty because you’re breaking the mortgage, even though you won’t be living in the home anymore.

How Is a Mortgage Penalty Calculated?

The short answer is: it depends on your lender and situation. The longer answer is: three months of interest or the IRD, whichever is higher.

The interest rate differential is calculated over the remaining term of the loan though it cannot be more than five years. So if you’ve managed to stay in a five year mortgage for seven years, your mortgage penalty is capped at three months interest.

Lenders calculate the interest rate of your mortgage in a variety of ways. One would be using the 2.49% interest rate you’re paying now. A few lenders use the interest rate you’d have paid without the various discounts you received. Yes, this is like going to a gym expecting to pay $50 a month for the remaining six months ($300) and then being told you have to pay back the $5 discount you’ve paid for the past six months, so the real total is $360. If you don’t want this to happen to you, contact a Grande Prairie mortgage broker to find a loan that doesn’t come with surprises like this in the fine print. Want to know more about a mortgage penalty? contact a grande prairie mortgage broker today.

What Do I Do If I Don’t Want to Pay a Mortgage Penalty? 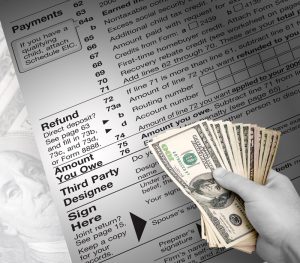 If you’re planning on buying a home, talk to a Grande Prairie mortgage broker to find a loan that doesn’t assess a mortgage penalty if you want to aggressively pay down the loan, if you need to sell the home just a few years after you bought it or want to refinance the loan. Another option is selecting a loan that lets you renew the mortgage after one, two or three years instead of the common five year term. You could eliminate a mortgage prepayment penalty if you’re willing to pay a moderately higher interest rate or higher loan origination fees.

You could avoid a mortgage penalty if you read the contract to see how much you can prepay without a penalty before you start aggressively paying down your mortgage.

In some cases, you can eliminate the mortgage penalty when you talk to the lender directly. If you’re selling the home because of a job loss or divorce, some lenders will forgive the penalty to avoid the bad P.R. that comes from someone crying about being hit with a $30,000 penalty when forced to sell a home they cannot keep.

The Impact of Politics on Your Mortgage Penalty

The Bank of Canada was slowly raising interest rates in 2017. It decided not to raise mortgage rates in October of 2017. The overnight rate remained at 1% at the end of 2017. If inflation continues to remain strong in 2018, interest rates will start their march upward again.

If interest rates go up, the interest rate differential will actually decrease. And the reduction in IRD will have far more impact on what people pay as a mortgage penalty than being a few months closer to the maturity date of the mortgage would.