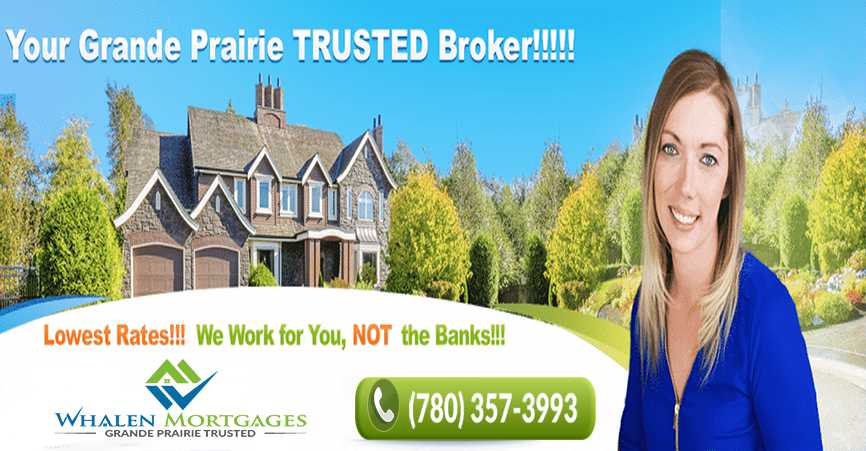 5 Year Fixed Is The Most Popular Mortgage Products in Grande Prairie!

The loan term could be anywhere from one to ten years. About 8 percent of mortgages have a one year term, while another quarter has a one to four year term. This is a very different matter than having a five year mortgage and paying a penalty to refinance at year three. And there are people who choose a five year variable rate mortgage with the intent of refinancing at the five year mark. Even in these cases, most of them have loans structured to pay off the home’s value in 25 years, since the 30 year mortgage was essentially wiped out in recent financial reforms unless you have more the 20% down payment.

Older individuals are more likely to have a variable rate mortgage than younger ones. They may have more financial breathing room should interest rates go up, or they’re more certain that interest rates will go down than younger families that want to have a set house payment for the foreseeable future.

A variable rate mortgage moves up or down as the economy changes the Bank of Canada determines every 6 weeks if they will increase prime or decrease prime rate and it can only move up or down by .25 increments every move, while the fixed rate mortgage rate is determined by bond yields at the time the mortgage is issued. To see current Canadian Bond rates visit here https://ca.investing.com/rates-bonds/canada-5-year-bond-yield . This is understandable, since that’s where the big banks borrow the money they lend to consumers. They charge a slightly higher rate than the bond market charges to cover their administrative costs and the default rate. Variable rate mortgages often have lower fees than fixed rate mortgages if you pay it out early because the lender’s profit is protected if interest rates go up, though there is still a risk of default. With a fixed rate mortgage, they issue a loan with a set interest rate. They’ll profit when interest rates are well below the rate paid by the consumer, but they can lose money if interest rates spike above the interest rate customers pay.

It is possible to refinance a variable or fixed rate mortgage. Lenders often charge no fees if someone in a variable rate mortgage locks in the current interest rate in a fixed rate mortgage. After all, their risk is lower, and they don’t want to have the customer default if interest rates spike higher. Consumers rarely have to pay a fee to renew their current mortgage with lenders when the term is up, though most don’t know that you generally have the option to switch lenders or negotiate with the bank to get a better rate or improved loan terms. Talk to a Grande Prairie mortgage broker to understand your options.

The side benefit of the five year fixed rate mortgage is that you know what your house payment will be for the next five years knowing that you’re able to refinance in a few years if interest rates go down. Know that you will have to qualify to change the mortgage terms at renewal.  Let us at Whalen Mortgages Grande Prairie explain fixed mortgage rates and penalties should you break your mortgage within the term, big banks have posted rates and may result in bigger penalties. We will help explain how each lender and products, prepayment provisions and penalties work so you are never hit with a big penalty.